Shortcuts to Thinking About Hard Stuff 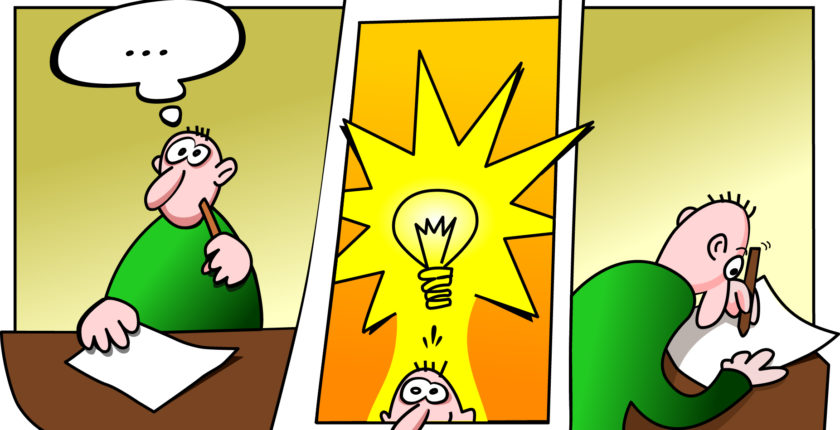 An older version of this article was first published in 2010 on Interfaces.com.

Before we learn things formally, we have a lot of informal, experiential knowledge. This is particularly true in science. We live in a physical, chemical, biological world and we pick up how things work by virtue of our first-hand experiences. If we didn’t, we wouldn’t be able to walk or to eat or to make even the most basic predictions about our environments — we “know” that if we throw something, it will eventually hit the ground. We rely on the fact that our feet won’t sink through the pavement. We observe that water flows downhill and make basic decisions based on that knowledge. We have tons of intuitive ideas about our world. But not all of our intuitions are accurate. Sometimes, we have to learn things the “hard way.” Washing hands to clean off invisible pathogens is fairly new — how could we have “known” that there was bad stuff that we couldn’t see hiding under our fingernails?

The thing about intuitive knowledge is that it tends to be in desecrate small chunks. We only need enough to make a concrete decision and move on. We don’t have to develop a unified grand theory of the universe to function comfortably in one. And so what happens is that we tend to have tons of little chunks of beliefs about the world and how it works that are completely contradictory but since we don’t use them in the same situations, that’s not a problem. Most of us get through the day just fine with our limited chunky unscientific world view. But once we start to study or teach what we know, there are problems.

These little chunks of experiential knowledge that get us through our days have many names. But when I went to grad school, one of my professors called them p-prims. The name stuck with me (I even wrote a master’s thesis on the topic). Below is a little article I wrote on the subject a few years ago. I thought that it might be helpful to parents who taking on the jobs of teachers to get some background. And it is FUN to figure these little snippets of beliefs about our world that we all hold, kids and adults. Supermarket Science is all about adults teaching and learning together with their kids. One important p-prim that I discovered was that many people believe that teachers are always right. Questioning teachers is one of the ways we learn. It s even more fun to question things together with your kids. Just think how entertaining it would be to hear your eight-year-old telling you that about p-prims…

I’ve been using the p-prim ever since I’ve learned of them, back in my graduate school days at UC Berkeley. P-prims stand for phenomenological primitives and were “invented” by Andrea diSeesa, a UC Berkeley professor in the School of Education who also happens to be a physicist (diSessa, 1983). Visit his Wikipedia page and check out some of the cool projects he’s working at now.

Before I give a definition of a p-prim, I think it would be good to give a few examples. Here’s a graph published by OkTrends on beliefs of various groups (in this case as defined by their sexual orientation) about the relative size of our sun versus the Earth (our planet).

Even disregarding the differences in percentages due to sexual preference, an awesome 5% to 10% of our population believes that the planet we live on is larger than the star it orbits!

Would this qualify as a p-prim? Yes:

So the sun is smaller than the earth p-prim is useful in some circumstances and is collected through everyday experience of living in our world. This p-prim is not some grand idea; it doesn’t constitute some big theory of how things work; it’s just a tiny problem-solving tool that’s good in a tiny subset of circumstances. Individuals that hold this p-prim might hold others that are completely contradictory like stars are bigger than planets—they sure do look that way in SciFi shows and movies.

Here’s another example: the water heated on the stove will continue to get hotter and hotter the longer it stays on top of the burner. Based on this p-prim, one will get a resounding YES to the following question: “Is the water that had been boiling in a pot for 10 minutes hotter than the water that just came to a boil?” It’s been heating longer, so of course it hotter! It’s true based on other everyday observations like metal pots on the stove—pots get hotter and hotter over time. (I know this isn’t true, but bear with me.) Can the pot get hotter than the heat source? You betcha! And we have another p-prim!

The most common and widely used p-prim that I’ve discovered is the more is better: more money is better, a bigger house is better, a bigger car is great (or car with a bigger mileage). More, more, more! This is one of the most common problem-solving shortcuts in our culture. If you look at the two examples of heat-related p-prims, you would notice that somewhere in them there’s the notion of more is better: more get bigger results.

Somewhat are p-prims and what are the used for? One useful way to think of them is as a cognitive shortcut to problem-solving. A quick glance at a stove, and you know that pot that’s been sitting there is hot. How hot? How long has it been sitting there? American Test Kitchen (a TV show and a magazine) recommend leaving a pot on the stove for almost 5 minutes before starting to fry a steak—that’s hot!

P-prims are not the only cognitive shortcut tools. Pattern matching and category formation work well, too. But if I had to put my money down, p-prims are likely the fastest…but perhaps, less reliable than the other two methods of reasoning. So it’s probably a good time to give them a definition. In the words of Andrea diSessa:

“P-prims are relatively minimal abstractions of simple common phenomena. … [Novices] have a large collection of these in terms of which they see the world and to which they appeal as self-contained explanations for what they see.”

This is the intuitive background knowledge that is hard-to-access and not-easily-put-int-words—the slippery thoughts, as I call them.

A particular individual would have a large collection of p-prims from which causal inferences can be made about a situation (for problem-solving purposes). Such a collection of p-prims would not be internally consistent—it would all depend on aspects of the problem-solving situation. Some explanations would “come to mind” under one set of circumstances and other explanations would be invoked by different situations. The same individual can generate contradictory explanations of the phenomenon under different circumstances—like the relative sizes of the sun, the earth, and the moon. It’s all about context.

These properties of p-prims can be summarized by two attributes:

If a particular p-prim is useful in generating explanations across many situations, then it has a high cuing priority—it “comes to mind” a lot. A p-prim that has “served” an individual well would be difficult to modify and would have a high reliability priority.

P-prim is a funky sounding name, wouldn’t there be other, equally good ways of calling this concept, you’d ask? Well, sure. It’s been my experience that ideas get invented over and over again: give it a different name, publish it up, get some press, get recognition, etc. I find that at most conferences presenters give talks on topics I’ve studied years ago as something new and exciting: if it was published before the age of the Internet, it might as well not have been published at all! And so there are many different names for p-prims. I’ll list a few here with appropriate references, but I’m sure that there are many others out there that sound different but describe the same idea. Personally, I like p-prims (although folky wisdoms would do in a pinch).

This might a good place to introduce another source of p-prims: superstitions!

We all come to learning a subject come with full baggage of assorted cognitive traits. The job of a teacher is to figure a relevant subset of those that impact the kids that she is teaching. Each subject tends to have hundreds of these little beliefs. With education and expertise, these fade into the background. But startlingly, in a pitch, we all fall back to what we know intuitively. Humans are just that stabborn!

I’ve always been interested in language and linguistics, and after I was introduced to p-prims, I noticed just how similar some of the characteristics that define this concept is to some of the basic principle of liguistics.

In particular, it struck me how similar some of the ideas around p-prim formation and reinforcement were to some of the mechanisms of language evolution — “overgeneralization”, “metaphor formation”, and “exaggeration” seem very relevant.

Apply this overgeneralization to a p-prim, and we get p-prims used in circumstances beyond their original scope: “friction slows things down” p-prim applied to rotating wheels — at some point, too little friction results in loss of traction.

Metaphor formation describes an invention of new words by using known words in a novel way to emphasize an idea. Our anger can reach a “boiling point,” we feel “bitter” hatred, and we “press on” to the end. Our economy “sinks” giving us “food for thought.”

Apply metaphor formation to a p-prim and we get the good old “more is better” p-prim used far and wide, from physics to civics.

Exaggerations allow us to communicate our emotions in a more “powerful” manner. When a simple “no” won’t do, we can add a few words to it to communicate that we really mean it: “no way no how”, “not in a billion years”, “hella no”.

Apply exaggerations to p-prims, and we get our intuitive understandings stretched to edge-case scenarios: what is stronger gravity or magnets?

Digital and Cognitive Divide Versus Schooling During the Pandemic
Supermarket Science Background ,

6 Things to Think About When Forming an Educational Family Co-op
Supermarket Science Background ,